Set up a free trial

Get back your time with Buddy’s delivery pipelines that eliminate repeatable tasks in your daily development.

Automatically build & ship web projects on a single git push, on click, or recurrently. Easily define your own delivery process just like you build a house of bricks: from builds and tests, to deployments, custom scripts, and website monitoring.

Fetch dependencies, compile code, compress CSS, and run your Gulp/Grunt tasks. Run unit, integration and E2E tests in isolated Docker containers to make sure your code is free of errors.

Build Docker images and push them to Docker Hub, K8s, Amazon ECR, Google CR, or a private registry. Use your own images as a template for builds and launch dockerized apps on the server.

Solve problems with dev/stage hosting by launching your apps directly from the GitHub repository. Define the framework, services & databases, and run the sandbox with one click.

Learn more about the GitHub integration 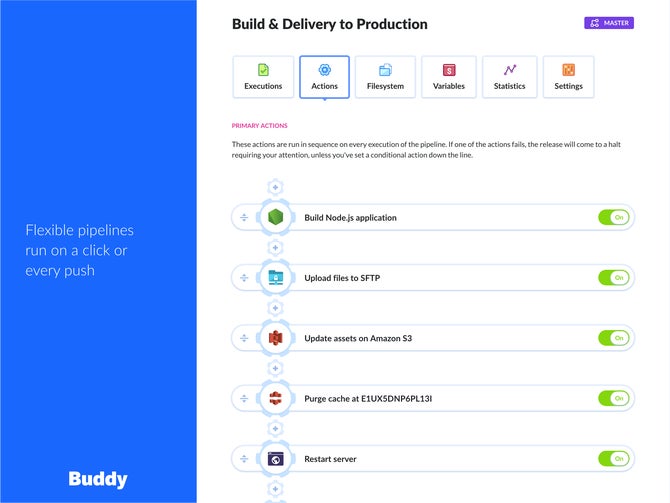 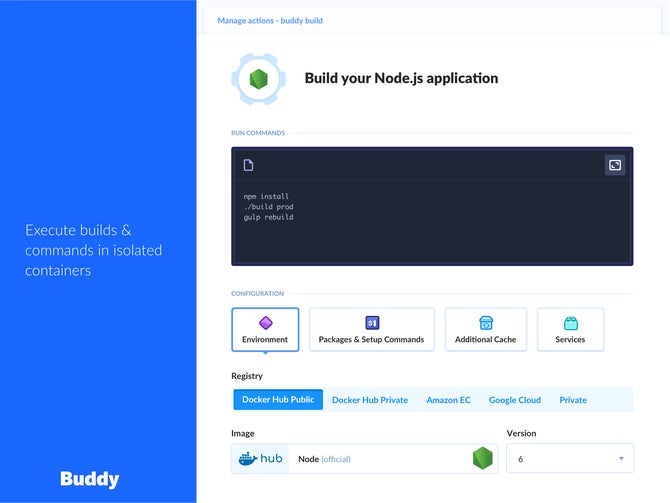 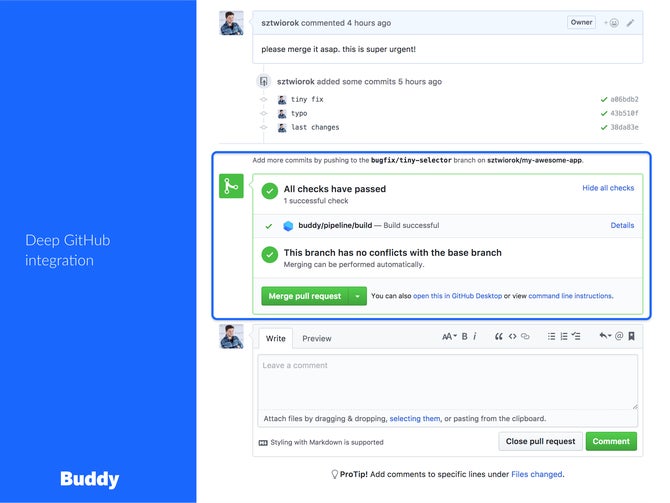 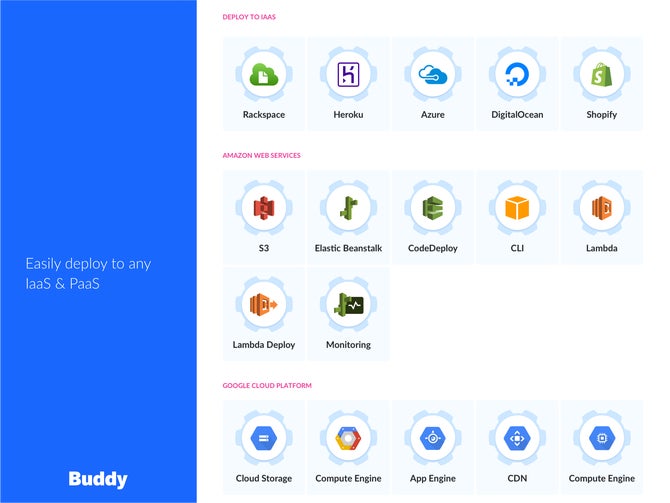 Deploy to any IaaS & PaaS 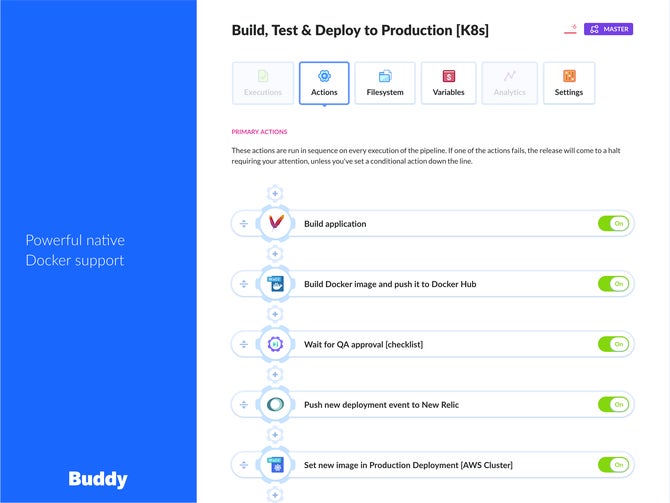