Set up a plan

Google Cloud Build lets you create fast, consistent, reliable builds across all languages. Automatically build containers or non-container artifacts on commits to your GitHub repository. Get complete control over defining custom workflows for building, testing, and deploying across multiple environments such as VMs, serverless, Kubernetes, or Firebase.

Run builds and tests on changes pushed to a GitHub repository in one step.

Go from running a single build on your local machine to running multiple builds in parallel in minutes.

Run builds on infrastructure protected by Google’s security. Choose who can create and view your builds or what source code can be used. Identify package vulnerabilities for your container images.

Get complete control over the steps you want to perform as a part of build, test, & deploy. Define specific instructions to run multiple jobs in parallel.

Say goodbye to managing your own build servers with 120 free build-minutes per day and up to 10 concurrent builds included. 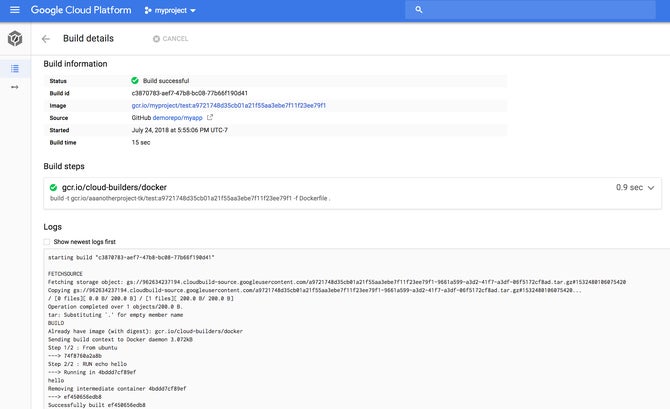 Cloud Build charges per build minute above a free tier.

Google Cloud Build is provided by a third-party and is governed by separate privacy policy and support documentation.