Set up a free trial

Greenkeeper brings you safety & consistency with real-time monitoring for your npm dependencies. Let a bot send you informative and actionable issues so you can easily keep your software up to date and in working condition.

Join over 10000 projects on GitHub that trust Greenkeeper to warn them before dependency updates break their builds.

Greenkeeper monitors all your dependencies for updates, runs your CI tests against each new update, and notifies your team when human intervention is required: Based on the test results and your current version definitions we will open up clear, actionable issues for you. If there’s nothing for you to do, we won’t nag you, but if a dependency does break your software, you’ll know immediately, and can get started on fixing the problem. 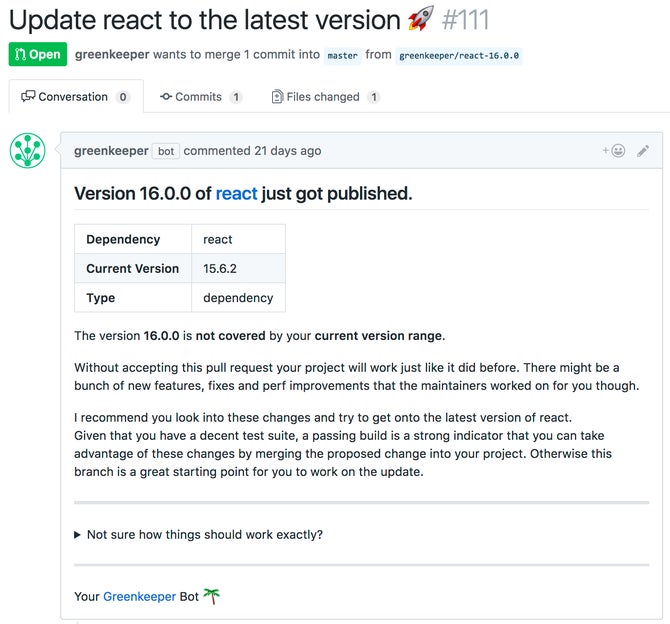 A Greenkeeper PR for a passing out-of-range update 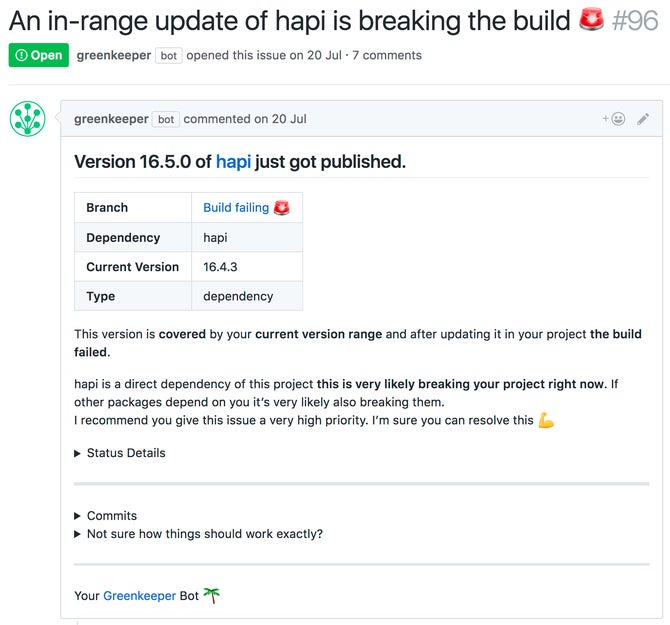 When tests for an in-range update fail, Greenkeeper opens an actionable issue for you 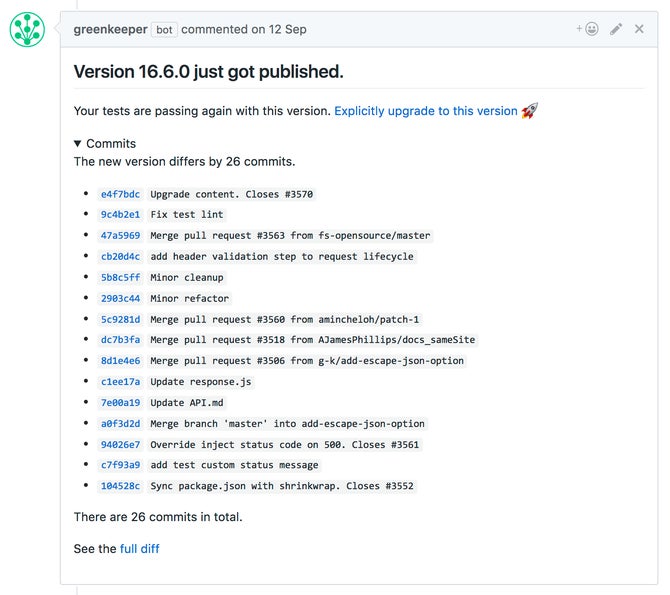 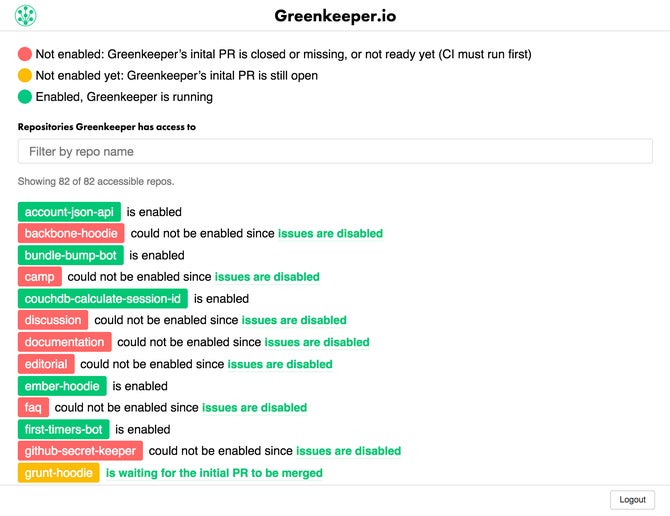 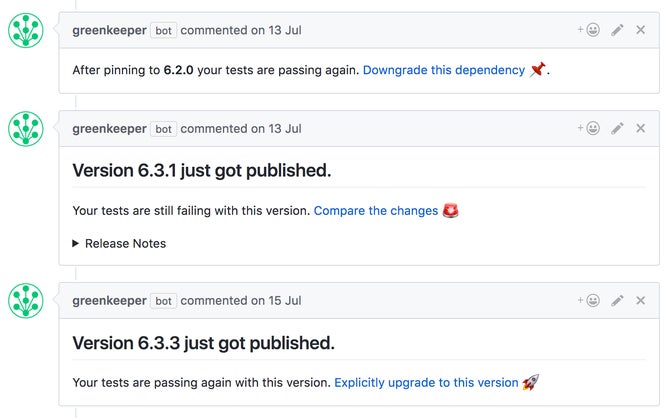 If an update breaks your code, Greenkeeper will let you pin it to the last working version, and tell you when an update fixes everything again

For small to medium teams