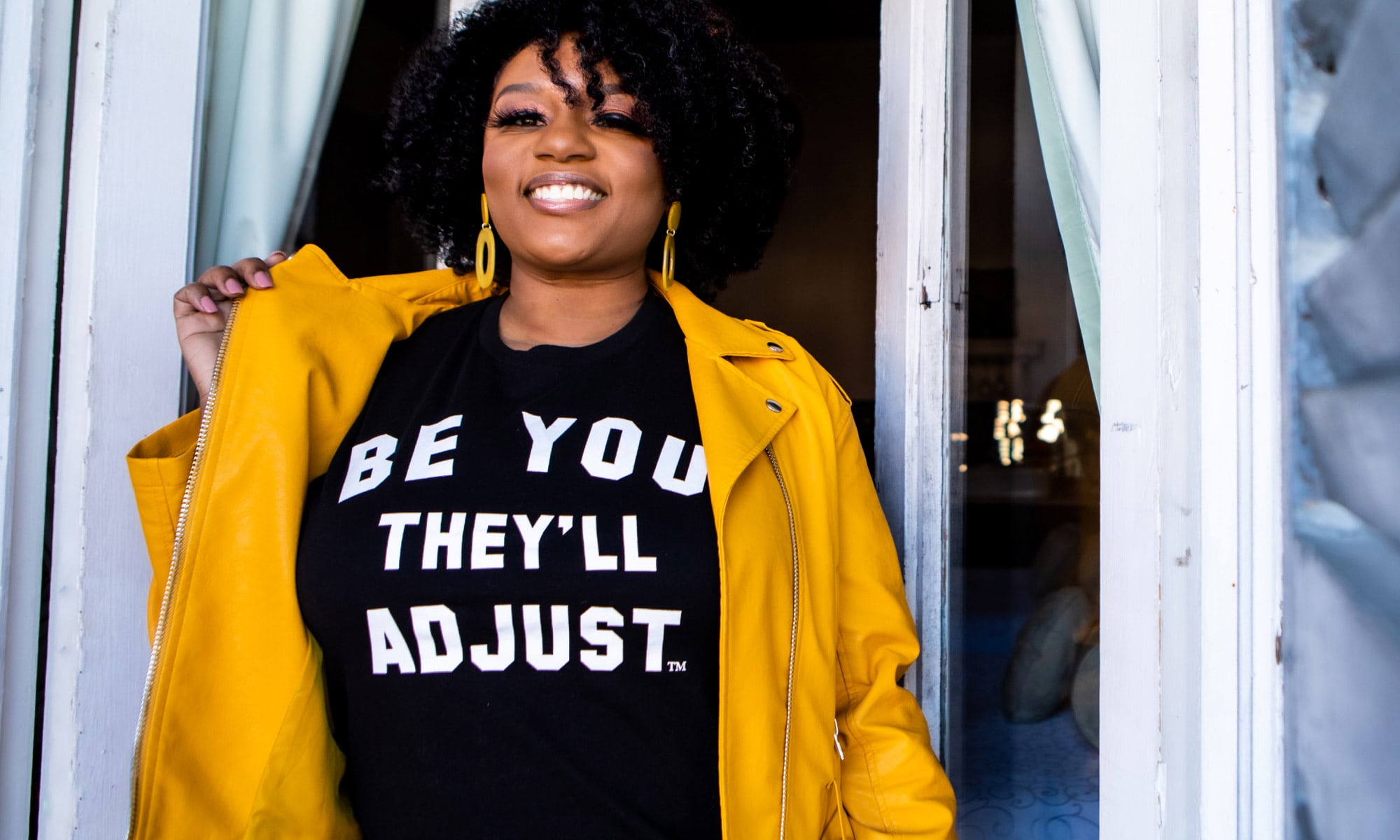 My differences are my superpowers

Angie makes a point to stay empathetic, share her knowledge, and give back to the community.

Hello, I’m Angie! I’m a Java Champion, automation architect , international keynote speaker and the Senior Director of Developer Relations at Applitools. I lead Test Automation University, have worked at several companies, including Twitter and IBM, and am the inventor of 26 patents . I’m also the owner and developer of Diva Chix 💃🏿 (if you like fashion games, check it out!).

When I was younger, I didn’t know software engineering was a thing. I enrolled in college as a business major, even though I had no idea what I wanted to do with my life. It was my father who recognized the emerging importance of tech, and urged me to take a computer course. Not knowing anything about computers, I naively enrolled in a C++ programming class. I fell in love with programming, switched my major to computer science, went on to obtain a Master’s degree, and the rest is history.

Upon graduation, I secured my first full-time job at IBM as a test automation engineer. I appreciated how much this role exposed me to the big-picture view of the application, and also gave me great insight into how people use software. When you learn about software development in school, there’s not much emphasis on who is using your product. You receive an assignment, write the code, and that’s it. But in test automation, I had to imagine user journeys and think of all of the different ways people would utilize the software. That gave me a lot of empathy for users, and also made me a better feature developer.

In test automation, I had to imagine user journeys and think of all of the different ways people would utilize the software. That gave me a lot of empathy for users, and also made me a better feature developer.

I was born and raised in New Orleans and went to an HBCU (historically Black college and university) for undergrad. So I was surrounded by people who looked like me until I went to IBM, which was predominantly white males.

It was a culture shock and caused me to constantly second-guess myself. In collaboration meetings, I kept my ideas to myself because they were so different from the ideas presented by my colleagues, so I figured they weren’t good. While I completed all of my assignments ahead of schedule, I received a bad review because my manager felt I wasn’t showing initiative. I disagreed, but at the end of the day, perception is reality.

So I told myself, “You have to share your goofy little ideas or you won’t make it.” So I did. And to my surprise, no one laughed. In fact, my colleagues were wowed by the ideas and considered them unique and innovative. I gained newfound confidence and actually started patenting the ideas through IBM. Now I have 26 patents.

Sharing diverse opinions and working with others who have varying perspectives is what brings innovative ideas to life. My background is different. My upbringing is different. My worldview is different. I recognize the importance of diversity and it has nothing to do with charity or being politically correct. Diverse teams build better products, period.

What I’ve done is embrace my differences. Yes, I’m the only Black person in this entire building, and you know what? That makes me unique. Is there an interesting perspective I can bring to the table because I’m different? More often than not, the answer is yes. My differences are my superpowers.

Is there an interesting perspective I can bring to the table because I’m different? More often than not, the answer is yes. My differences are my superpowers.

There’s more than one way to support open source

Most of the things I produce are readily available at no charge to the community. For example, I’m the Director of Test Automation University, where we offer free courses on all things test automation. The code we write during the courses is shared on GitHub.

When you think about open source contributions, people usually feel like they have to pick up a feature or fix a bug. But there are so many non-coding ways to support projects. For example, I’ve used Selenium for most of my career to automate web testing (shout out to lead maintainer Simon Stewart for his amazing impact!). To support this project, I provide free education and advocacy. I have a free course on how to use Selenium WebDriver on Test Automation University and produce blog posts and video tutorials on how to use the product. I have quite a few GitHub repos like this. They might not be direct contributions to a project, but it increases usage and exposure, which is just as important.

Giving back to the community and making an impact on people’s careers is what keeps me going. It’s about helping a fellow engineer do their job better—which, in turn, helps them build better quality software for everyone. Our responsibility as engineers is to ensure that the software we put out into the world is helpful, not harmful.

Our responsibility as engineers is to ensure that the software we put out into the world is helpful, not harmful.

An epiphany that led to a dream job

I was 12 years into my career before I ever coded with another Black woman. More often than not, I don’t look like anyone I work with, and that was really difficult for me in the beginning. Think about what that does to the psyche. Even if you’re not consciously thinking about it, it has an impact.

For me, it really hit home about five years ago. I was scrolling through Twitter and saw an advertisement for one of Write/Speak/Code’s keynote speakers—and the picture was Annyce Davis, a Black woman with dreadlocks. It stopped me in my tracks. I thought, “Whoa, a Black woman is keynoting a technical conference?” I bought a ticket for the conference right then and there. It helped me realize the power of representation and changed my life.

I wanted to be that for other people. The conference was absolutely beautiful, and I left so fired up! I submitted to speak at several conferences hoping to get just one... and I got accepted to all of them! So I really fast-tracked my speaking career, and added fuel to the fire when I started working at Twitter. I was traveling for speaking engagements 80% of the time, even though it wasn’t technically part of my job. I’d be in Europe splitting 16-hour days between Twitter and speaking, and as much as I loved it, I knew I was going to burn out within a year if I tried to maintain that pace.

My impact expands beyond the four walls I work within, which eventually led me to pursue Developer Relations as a career. I reconnected with the founders at Applitools, who I knew from the conference circuit, and they created my current role for me. Now, my full-time job is helping the community as a developer advocate, which is amazing.

My impact expands beyond the four walls I work within.

A slow-moving but real change

I’ve had so many Black people reach out to me, publicly and privately, to say, “You inspire me. Just seeing you at the top of your game and seeing the respect you receive from the community has motivated me to really invest in this tech thing.” It’s another reason why I work to be so visible in the tech space. People act like Black engineers aren’t out there, that there are pipeline or talent issues, excuse after excuse. Black women hold less than 0.5% of technical roles. And yet, I recently posted a technical job req and had dozens of Black women apply. We are here.

From start to finish, 2020 was very traumatic and painful for the Black community as a whole, not only in the US but around the world. It’s been refreshing to see companies feel moved to get involved in some way. People usually view these topics as political and shy away from discussing them in the workplace. But this year was different, and it was nice to see corporations and open source projects make statements of support.

Some will say it’s performative—and even if some of it is, this isn’t the first time a Black man was unjustly killed by police. But this is the first time we saw this amount of support for Black lives. It’s starting the dialogue of more substantial actions that those in power can take.

Part of the reason I love developer relations so much is because it helps me gain a better appreciation of the different ways people approach not just software, but their everyday lives. If we could all do that just a little bit more, I think it would make a big difference. It’s going to take a while. You can’t expect people to go from zero to 100 overnight. But the shift in 2020—of acknowledging the need for change and embracing empathy—was a very powerful first step.

Finding strength and purpose in collaboration