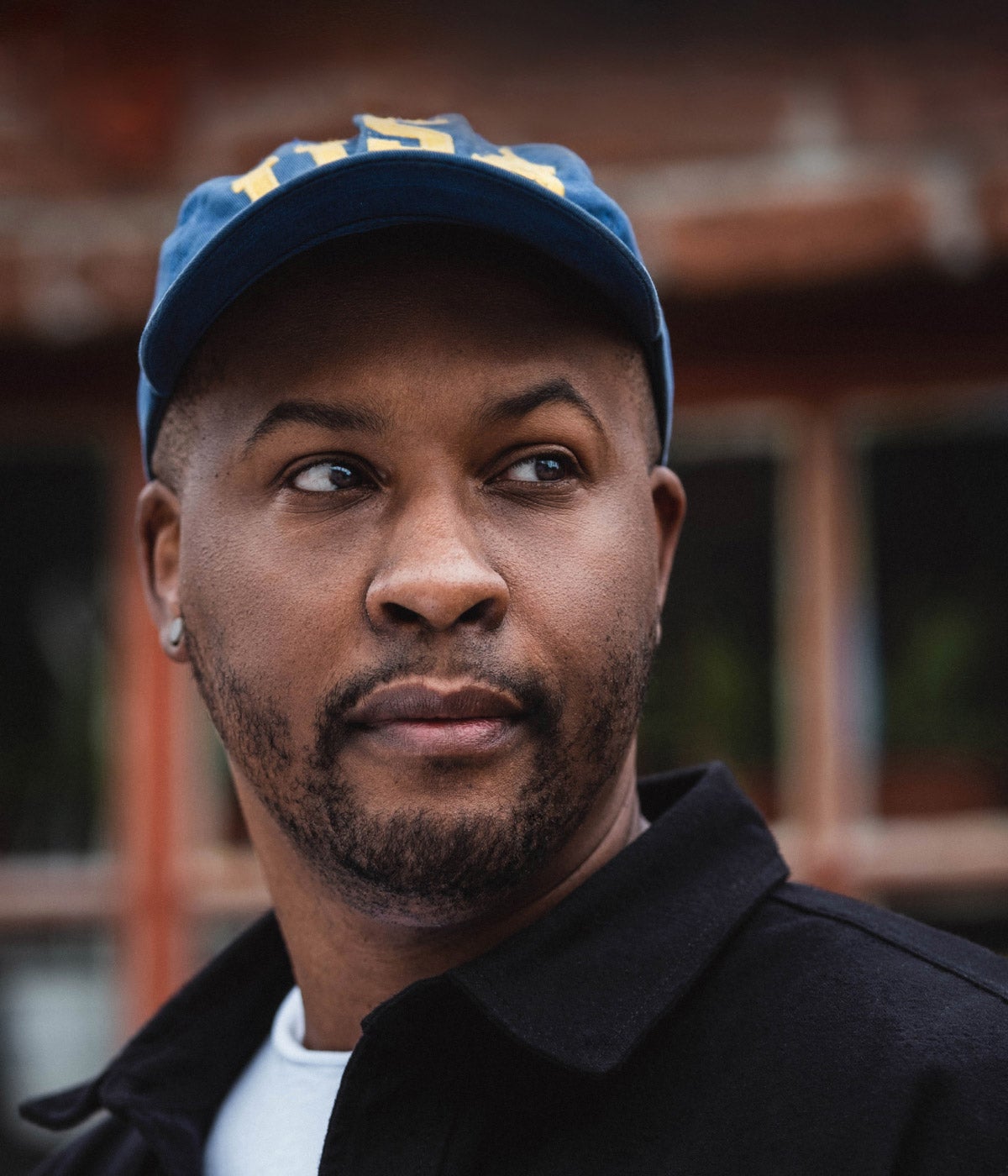 Taking a chance on others, and yourself

Bdougie on the pivotal (often heartbreaking) moments that led him to find his true calling.

Hey! I'm Bdougie. I live in Oakland and am a developer advocate at GitHub. I love coding, connecting, and creating a space for other developers to find their voice. I spend most of my day on JavaScript development, and I’m also the host of the JAMstack Radio podcast and created the Open Sauced community .

In 2013, my wife and I were in the hospital for almost three months when our son was born 11 weeks early. It was such an emotional experience, and I always get choked up when someone shares their premature baby pictures. There are oxygen tubes and feeding tubes and you just don’t know what’s going to happen. It really takes a toll.

Because our son was a micro-preemie, we had to go to a hospital 25 miles away from our home. I consider myself a religious type of person, and we really wanted to attend church for some positive energy. But going to our home church was not only logistically complicated, it was emotionally stressful since everyone knew us and we’d have to share updates every time we went.

Our search inspired an idea for an app—basically Yelp for churches—but I had no idea where to even start. I was in full-time sales then, and didn’t have time to set up my out of office message when we went to the hospital. Even though this was a real-life emergency, it cost me clients and money: In sales, you’re only as good as your last month. So I decided to take a chance and pursue the app. That took me a month of struggling, but I taught myself enough code to build “Chuych” using Ruby on Rails.

Up to this point in my life, I had never lived farther than 10 miles from home. We had a house in Tarpon Springs and I grew up in Palm Harbor, one city over. In my community, most people were working toward getting a nice paycheck and a boat. So I followed suit and was a “boat and house guy” my entire life. But then I built this app and realized maybe the boat and house weren’t worth it for me. Maybe I could do something else.

I was a ‘boat and house guy’ my entire life. But then I built this app and realized maybe the boat and house weren’t worth it for me. Maybe I could do something else.

A turning point: Discovering the collaborative side of GitHub

I learned how to code through Bloc and on my own, and through tons of Stack Overflow, open source code, and free courses, like the ones on Codecademy. Seven weeks into my self-education, I went to a Ruby conference in St. Augustine and saw Aaron Patterson speak (he had me hooked. You could do so much with Ruby!).

I ended up sitting behind two guys I had met at the Orlando Ruby Users Group a couple months prior and showed them Chuych. They told me to apply with them even though I had only learned this one thing. “Let us be the judge if you’re good enough or not,” they said. I got the job.

Once I was with IZEA in 2014, someone from the CodeNewbie community invited me to help build a new Slack community for people of color in the tech space. I jive with people who embrace career switching (like me), and I always want to meet other Black and Latinx people. To start, we needed a way to automatically invite people to the community, so I Googled “auto invite Slack bot.” The one I found was written in Node.js, but I only knew Ruby, not JavaScript.

I looked at the GitHub repo, but was stuck. So I reached out to the creator, Chad Scira, via email. (I didn’t know enough about GitHub to even open an issue.) This was on a Saturday night at 2 AM—and he responded within hours. He explained Node has a Harmony flag, which I didn’t understand, so we went down a rabbit hole about how Node.js is actually split into two communities, and he got me to a place where I could make it work.

There’s a lot of institutional backroom knowledge that lives on GitHub and unless you were there, it’s hard to catch up. Thankfully, Chad taught me everything I needed to know. He never once said, “Why are you emailing me? Don’t you know about issues?” It was more like, “Hey, I’m at a K-pop concert, sorry for the delay. Here’s how you do this.” It’s amazing how many people on open source are willing to be available to help their users figure things out. If he had been rude about that, it probably would have ended my open source career.

There’s a lot of institutional backroom knowledge that lives on GitHub and unless you were there, it’s hard to catch up. Thankfully, he taught me everything I needed to know.

From a Black Cuban anomaly to Bdougie

I was blogging and creating a name for myself. Then my mom passed away and I was devastated. At her funeral, I got an email from Bloc: They wanted to fly me out to San Francisco for an interview. I figured I’d clear my head and get a free trip out of it if nothing else. At the interview, they asked if I could build an API in Rails. Unbelievably, I just happened to start tackling APIs the day before on the plane. I recreated an API from recent memory really quickly because I had just done it the day before, and they offered me the job.

I got noticed for my blogging. But really, my mom passing away is what pushed me to say life is short, just take a chance. My career has been a long road of me taking chances with people, and people taking chances with me. Growing up in my community, you were either going to be a lawyer or a doctor, fix cars, or play basketball. I didn’t follow any of those paths, but I put myself out there by taking chances and taking initiative, and I rose to the top. As a Black man in tech, with a Cuban upbringing, I’ve surpassed expectations set by both my community and the open source world.

Because of this, when it comes to my identity in open source, I want to continue to put myself out there. I’ve never had to waver from my authentic voice and am very proud to introduce myself as Bdougie, not Brian. I can always be my full self.

But I also don’t think I would’ve ended up where I am if the circumstances weren’t so poignant when my son was born and my mom passed away. I think a lot of what I do now is help people find the courage to take chances for themselves (though hopefully it’s not quite so jarring as my experience).

My goal, both inside and outside GitHub, is to believe in people just like other people have believed in me. I don’t want to just continue to build up the same names we all know. I want to provide awareness for up-and-comers like Nick DeJesus, or the folks on my Awesome Black Developers list. I want you to be as excited about seeing other people succeed as I am. I want to create more Bdougies.

Part of the reason I’m here is because people have always believed in me and said, “Go for it.” You’ve got to find the people who are willing to believe in you, and then don’t leave them until they stop believing in you.

Me, my computer, and the will to act